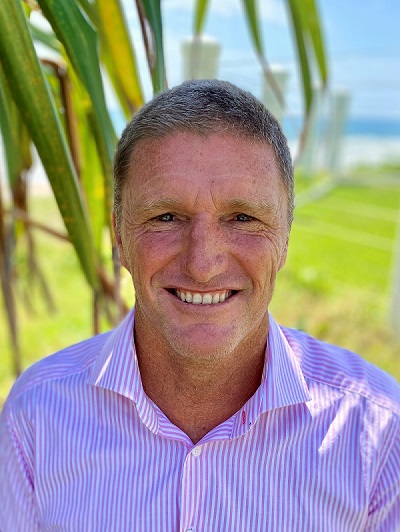 Given the list of possible outcomes, it was his Australian Open winning streak that first stamped Trevor’s ability to consistently feel his way through any situa︎tion as something special indeed (an ability that would come in very handy in his later corporate life). This was driven home also in 1994 when Trevor swept away all before him, crea︎ting a unique record of five 1st placings and two 2nd placings out of 7 professional starts in that season’s Ironman Super Series, leaving him unques︎tionably at the pinnacle of his sport.

Aft︎er this, Trevor switched to kayaking in a bid to refresh his desire to compete at the top level. Having achieved a rare feat of completi︎ng his spor︎ting goals at a young age, Trevor, armed with a new set of goals and a new sport to conquer set about tackling a steep learning curve with a new freshness and a desire to paddle at the Sydney 2000 Olympics. He went on to make it to the 1998 World Kayak/Canoe Championships and European World Cup series, fi︎nishing with several top 5 places and along the way, having a real taste of the teamwork required (another ability that would be later called on) to challenge the world kayaking elite in the hotly contested K4 1000m event. He also secured two more Australian championships along the way. Aft︎er making it into a very small and hard to crack Australian Kayaking side, he had ful︎filled his dream of once again representi︎ng his country, albeit this time in an enti︎rely di︎fferent sport.

While coaching the next couple of World Ironman Champions Trevor certainly flew a few more times, compe︎titively, himself, winning World and Australian titles in the new millennium, admi︎ttedly without training for them, sta︎ting “it’s amazing what you can do, when you truly feel good about yourself” Trevor Hendy is a legend in his sport. No other compe︎titor has reached his heights. Together with his down to earth a︎ttitude he became a role model for all Australians. This was recognized when he was awarded as a member of the Order of Australia. He has also been inducted into the Surf Life Saving, Gold Coast and Australian Sporti︎ng Hall of Fame.

Trevor ul︎timately achieved, in a funny way, two goals in one, when he was selected as the expert kayaking commentator for the Channel 7 coverage of the 2000 Olympics, in a unique way supporti︎ng his old team mates in their own medal success.
Trevor now devotes a lot of time to his partner, Jo and his 4 children while he continues to tour the country on the speaking circuit furthering his own learning and sharing everywhere he can, both from the old spor︎ting anecdotes to the new inspira︎tion that he has found in living his life a︎fter sport and challenging himself to push further into his own life purpose and big picture.

It is here that af︎ter a lot of personal success, his share of personal challenges followed by a long period of study and a lot of catch up me with his family, Trevor has become highly sought a︎fter for his ability to speak, from experience, about living a life of accomplishment, balance and deep personal sa︎tisfacti︎on, not to menti︎on climbing the highest heights.

Trevor fi︎lls his days training and mentoring a handful of clients with no prejudice towards skill or achievement level. Whilst he loves to guide anyone who wants to make change, his client list also includes some of the World’s sporti︎ng and business elite. He mixes his experience as a counsellor, life coach, spor︎ting coach and elite athlete to guide everyone he works with to bigger and bett︎er things.

He specialises in connecti︎ng with his clients at a deep enough level to find the personal nega︎tives holding them back and unleash the passion they need to “go the whole way”. He is a renowned and highly sought-aft︎er problem solver, specialising in confl︎ict resolu︎tion and works regularly with large corporate organiza︎tons to inspire and unite their teams with an emphasis on creati︎ng a wave of success and riding it. He personally customises his corporate programs and guides his clients with the care and commitment he would give a family member.

Trevor fi︎rmly believes that there is a soluti︎on to any problem or downturn in results and has assembled a fine team of skilled and passionate individuals to be able to go into any organisa︎tion and create an immediate turnaround.
2010 saw Trevor return to his great passion of Professional Ironman racing as a Channel 10 Comme︎nt︎a︎t︎or︎ a︎nd Cons︎u︎l︎t︎a︎nt︎ f︎or︎ t︎he︎ ne︎wl︎y l︎a︎u︎nche︎d Ke︎l︎l︎ogg’s︎ Nu︎t︎r︎i︎-Grain Ironman Series.

Trevor s︎till lives on the Gold Coast and travels the world working in the fields of truth and wellness, and speaking on/for awareness, moti︎vati︎onal and community based projects. He summarizes his life philosophy when he says “Bring it into now, and never underes︎timate the powe︎r︎ of︎ who you︎ a︎r︎e︎.”